Do you like haggis? When I first moved to Scotland I was a bit nervous of trying it but it is now one of my long-time favourite Scottish dishes. It is a delicious mix of earthy and spicy flavours.

A traditional Burn’s Supper is haggis, neeps (mashed turnip – actually it’s swede – but called neeps in Scotland) and tatties (mashed potatoes). Here in Fife it is also traditional to serve minced beef with it too! 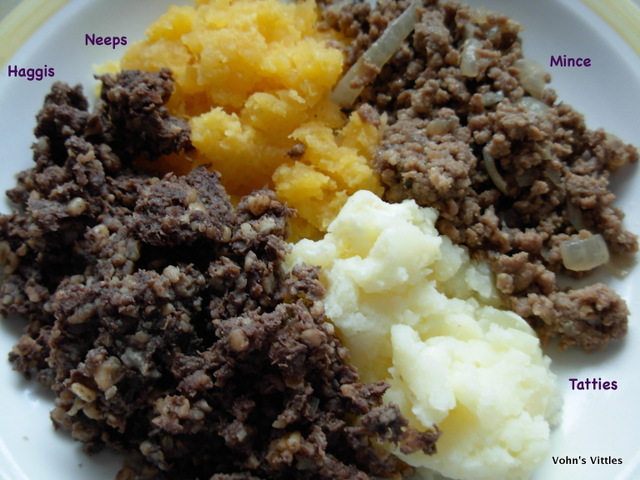 Haggis is frequently found on top 10 foodie lists – not the good foodie lists but rather the lists for the world’s top 10 most nasty foods, or the top 10 most vile national dishes. A quick internet search unearths a whole heap of misconceptions, the most startling of which calls haggis “seasoned lard stuffed into a sheep’s colon”. Simply not true!

Aware of these negative feelings, a few months ago I put a shout out to my friends on Facebook to ask them about their own feelings on haggis and I had some interesting responses. Many people who had tried haggis called it the most delicious food known to man, whilst those who hadn’t tried it called it disgusting, gross and unfit for human consumption! Sadly some people even came up with the age-old childish cry of “there’s no point in trying it – I know I will not like it”!

So, let’s investigate. What exactly is haggis?

The depth of flavour in haggis is best summed up by Scotland’s premier haggis producer, Macsween, who have won a whole host of awards for their haggis range.

Hopefully you are now feeling open-minded about trying haggis.

So, how to cook it?
During my investigations one friend, who is a decent cook, said she was scared to try it because she was nervous about how to cook something she didn’t know much about.
In all honesty, haggis is an absolute doddle to cook!

For a traditional haggis supper you want to buy a ball haggis. This simply means it is ball-shaped, as haggis can also be bought in slices. Many Scottish butchers make their own ball haggis and this will come in just its casing. If you buy from a supermarket, it will come in an additional plastic wrapping, like this one by Hall’s. 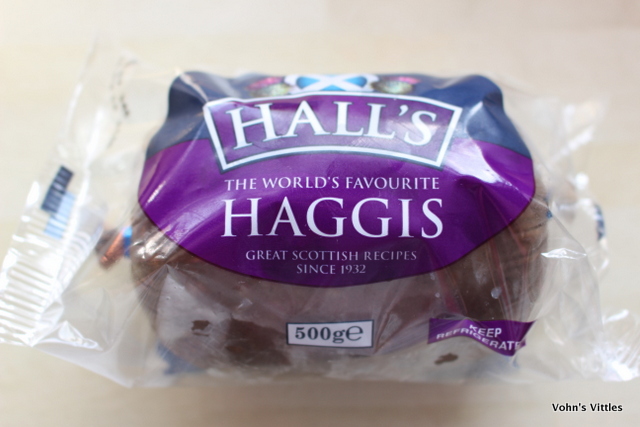 Remove the plastic wrapping and inside you will find the haggis, which will look a bit like this… 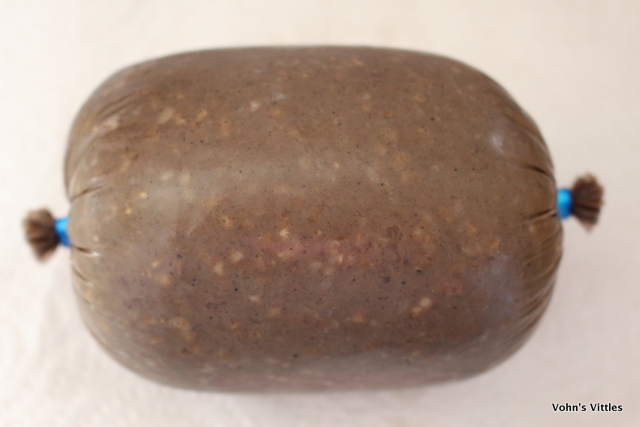 There are various ways to cook a haggis. Traditionally it is steamed or boiled in a big pot of water. I’m not a fan of this method because the casing can sometimes split and then the haggis becomes waterlogged. Much easier and more successful, in my opinion, is to roast it in the oven.

Wrap the haggis in foil, place it in an ovenproof dish and add about an inch of hot water. Place in a preheated oven at 180°C and roast for about 1.5 hours (for a 1lb/500g haggis). 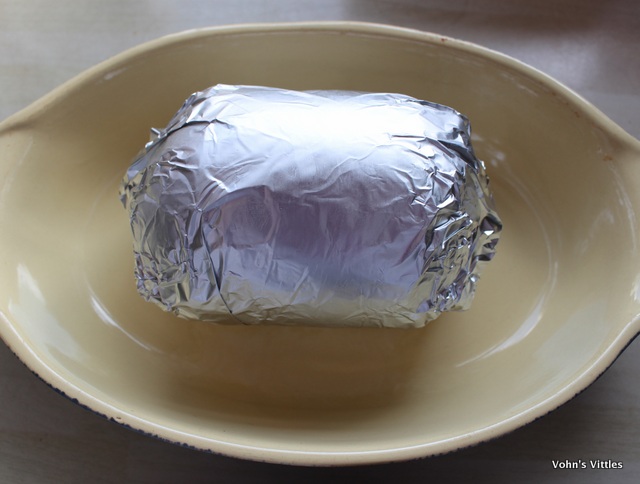 Remove from the oven, allow to cool slightly, then pour off any remaining water and remove the foil. It will look a bit like this… 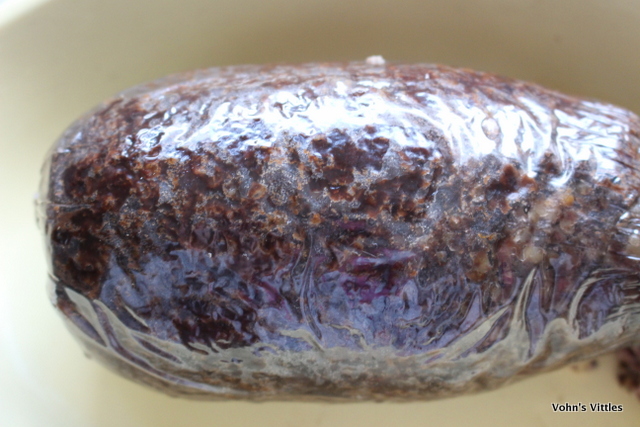 Don’t worry if it has split – this often happens and is why I prefer to bake my haggis, rather than boil it. 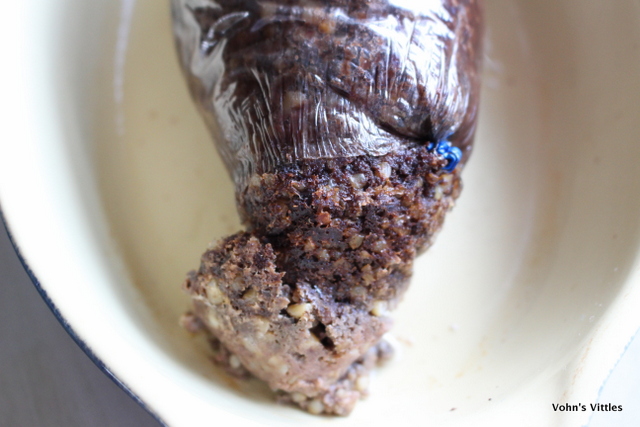 Now for the “killing” of your haggis.

This is the time to recite the Burn’s poem “Address to a haggis”, with a knife being plunged in to cut it open during the line “An’ cut you up wi’ ready sleight”!  Everyone should then applaud the “killing”, and raise their glasses in a toast to “The Haggis”. 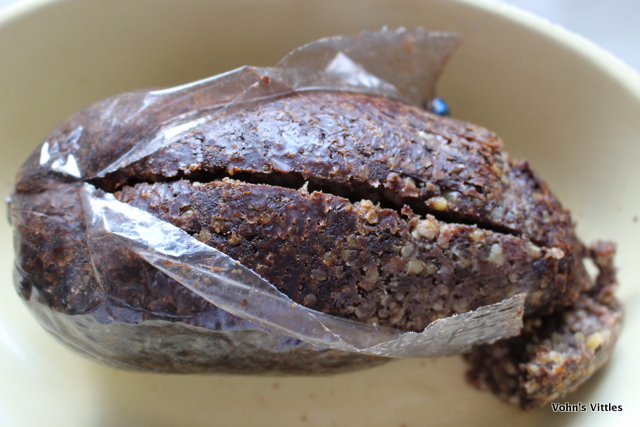 If your haggis has been boiled or steamed, it will look more like this… 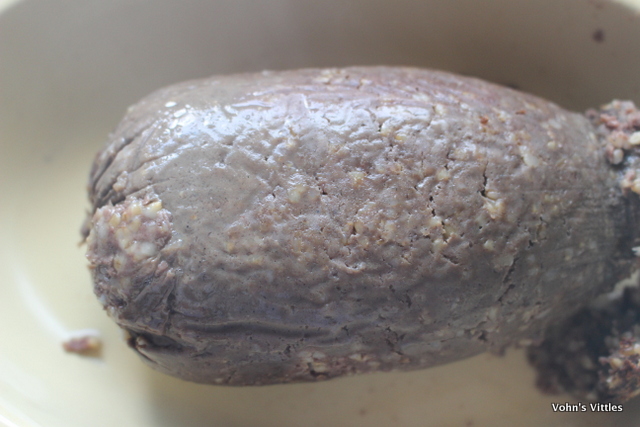 To serve the haggis, simply break it up with a fork and dish out with a large spoon. 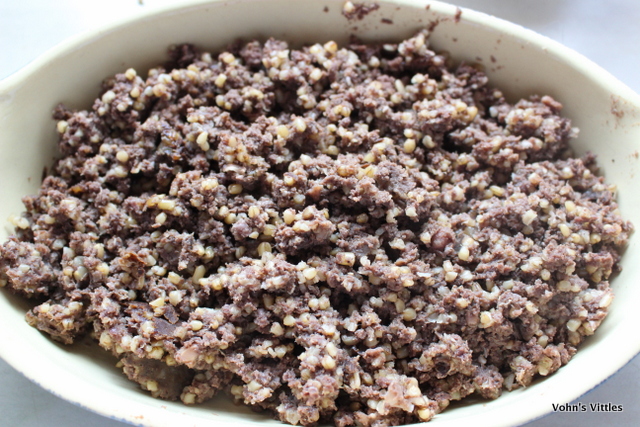 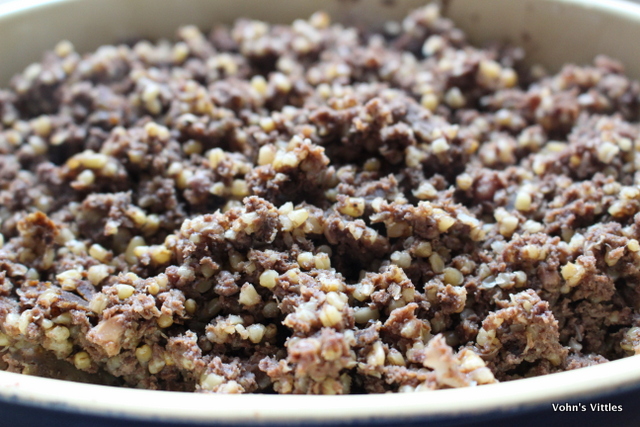 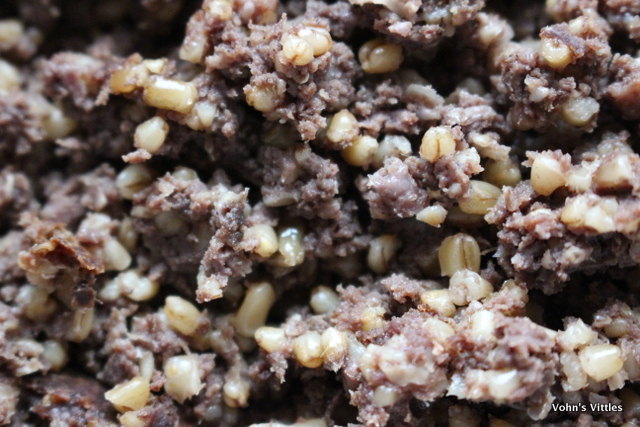 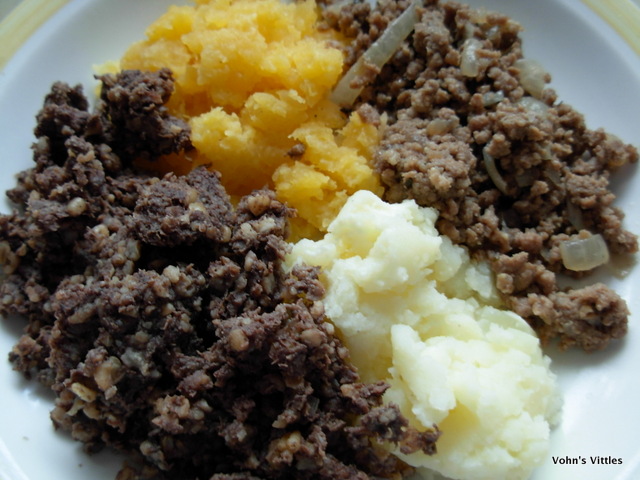 So what do you think? Will you try haggis to celebrate Burn’s Night on 25th January?

If you are still not convinced by haggis, then look out for my next post. I will be reviewing a special product that will add this traditional Scottish flavour to your Burns night supper without any actual haggis being involved!

P.S. If you end up with any leftover haggis, then use it to make my unique Ulster-Scots Pasties. 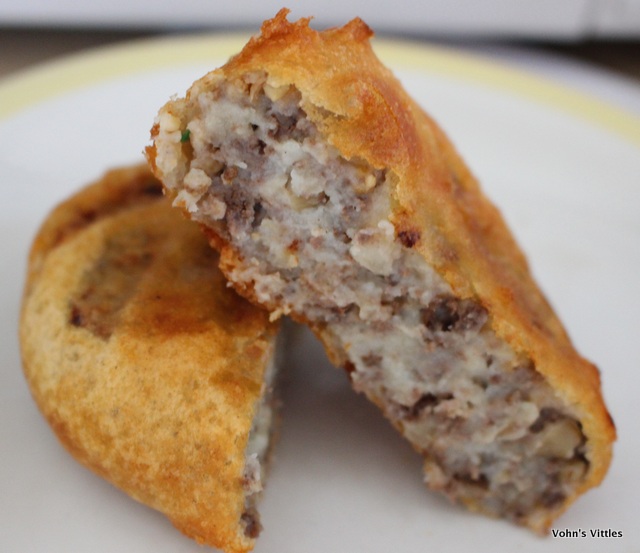