Yesterday I had the most amazing day out at Scotland’s brand new food festival Eat, Drink, Discover Scotland. 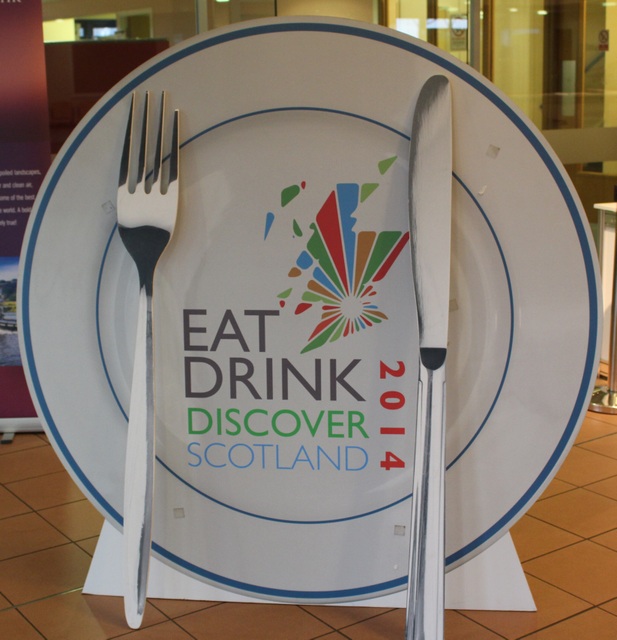 This is being heralded as “the ultimate celebration of food and drink in Scotland” and I have to agree! 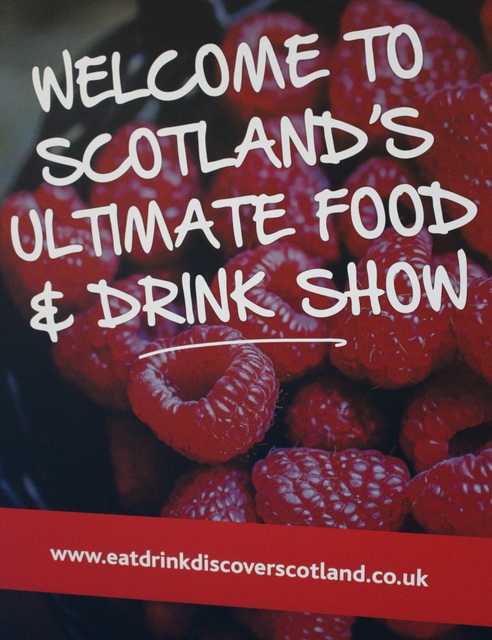 This is not like the usual city food events which are peppered with girlies falling over their high heels after spending too long at the champagne bar! This is an event set up by food producers who are rightly proud of the plethora of artisan producers to be found throughout Scotland. It is a foodie event run by food-lovers for food-lovers and home cooks. Many of the producers are experts in their field, recognised not just as the best in Scotland but as the best in the UK, gaining gold stars in the recent Great Taste Awards, heralded as the “Oscars of the food world”!

Every aspect of Scotland’s amazing larder is covered, from sea…

to hill and glen…

…and everything in between! There is even a chocolate zone, celebrating the award-winning chocolatiers all over Scotland… 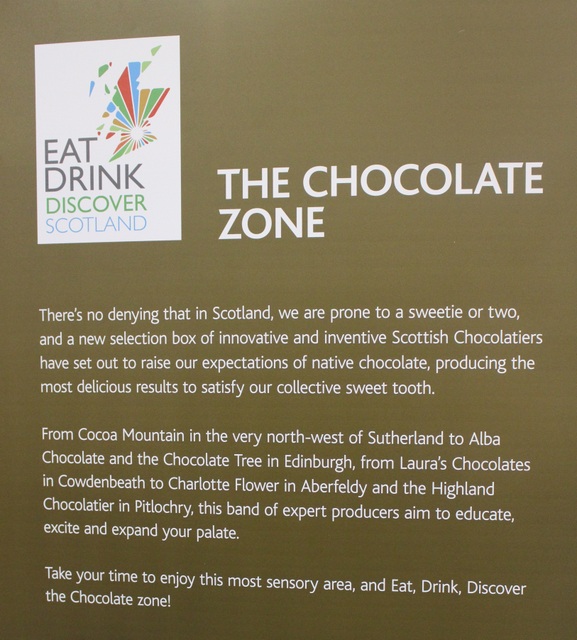 Inspired by the great food markets of Paris, which celebrate regional food, the stalls are laid out by Scottish region. Some regions were sadly underrepresented with their producers being understandably nervous about coming to a brand new event. Other regions embraced the event whole-heartedly adding extra value to their producers’ stalls by having information boards extolling tourist highlights in their region, accompanied by lots of giveaways and brochures, not to mention competitions for weekend trips to their area.

Producers also had the opportunity to further highlight their products at the Tastings and Talks area, and at the Skills Theatre.
I caught a really interesting demo by Fife’s Food Ambassador Christopher Trotter cooking with Supernature’s range of infused cold pressed rapeseed oil, whilst chatting to its owner Lynn.

There is also a brilliant area set-up by the Scottish Salmon Producers’ Organisation, complete with their own chef’s theatre. Throughout the weekend this is going to feature demos by Scottish food bloggers showcasing how they cook salmon at home. Scheduled to appear are Rachel Gillon of A Wee Pinch of Sugar, Lea Harris from Off the Eaten Track and Hilary Sturzaker from My Monkfish, who will all have their own recipe cards to giveaway. Also cooking throughout the weekend will be chef Mark Hiers and I was delighted to catch his demo for this delicious Honey and Ginger Thai Salmon. This recipe is one of many in the Scottish Salmon recipe book being given away on the stand.

There was also a very comfy sofa – positioned to watch informative videos on the Scottish Salmon Industry and a welcome relief when I was tiring later in the day! Thanks Scottish Salmon! 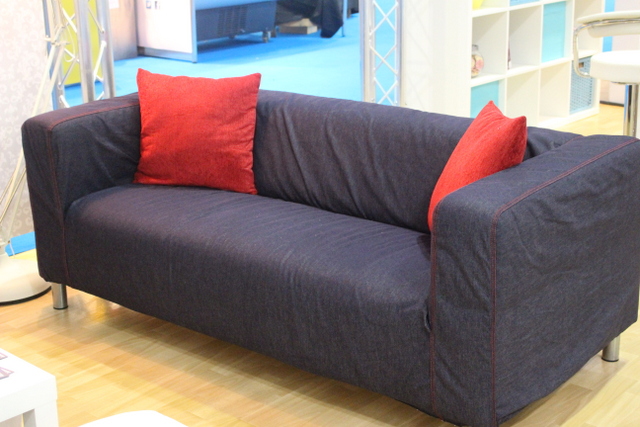 Of course, no food festival is complete these days without a plethora of celebrity chefs demonstrating their skills and running masterclasses. 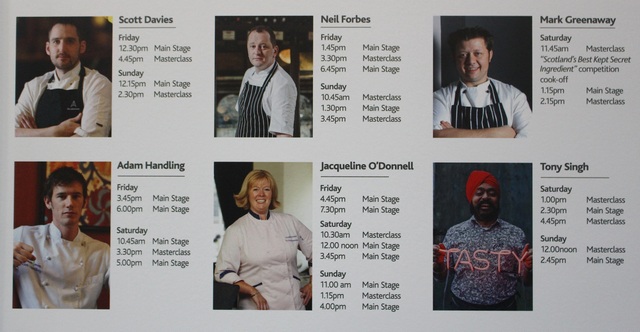 The chefs were all sent a list of the suppliers and producers who would be exhibiting and were challenged to create recipes celebrating this great Scottish produce. Their recipes are printed in the event brochure, meaning you can watch the demo, then go buy the ingredients and easily re-create their special dishes at home. Genius!

I watched chef Scott Davies create his special dish of Venison, Wild Mushroom, Wood Sorrel and Juniper.
Scott’s restaurant The Adamson in St Andrews was this week named “Best Restaurant of the Year” at the The Food Awards Scotland 2014. 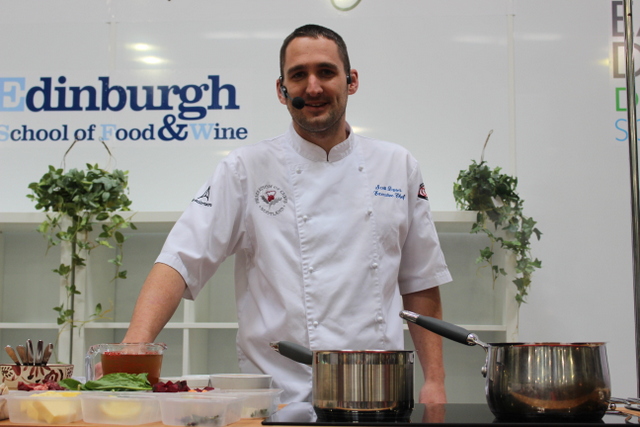 Later on I watched chef Neil Forbes create his special dish of Hebridean Langoustines, Peas, Black Pudding, Chanterelles and Fennel Herb.
Neil’s restaurant Café St Honoré in Edinburgh was named “Sustainable Business of the Year” at the CIS Excellence Awards 2014, where Neil himself was also crowned “Chef of the Year”! 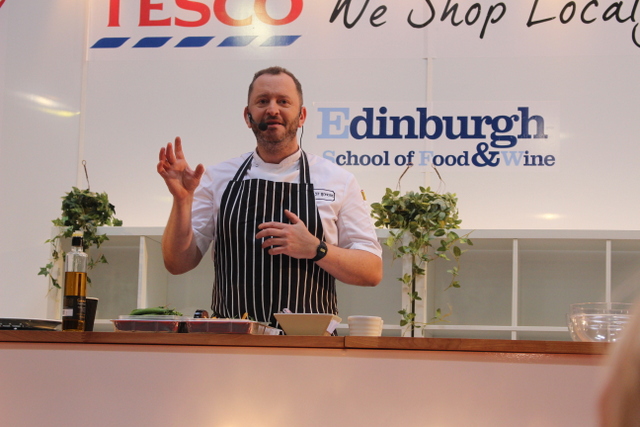 I was also lucky enough to be invited to one of the special masterclasses, where you actually get to cook one of the fabulous dishes created by these chefs. Our chef instructor was Scott Davies and we cooked his Parsley, Bone Marrow Crusted Beef Fillet with Girolles and Black Truffle.  I was paired with Andrew Hornall who is one of the founders of Eat, Drink, Discover Scotland.

Andrew is a director at the Royal Highland and Agricultural Society of Scotland (RHASS), which organises the annual Royal Highland Show. He explained that Eat, Drink, Discover Scotland has been set-up as a non-profit making organisation and, supported by only a small grant from the Scottish Government, the ability to host this new show has been dependant on gaining sponsorship and has been underwritten by RHASS.
The show has been a year in the planning and Andrew is delighted with its success so far.

Andrew and I had a fun time cooking together, with chef Scott demonstrating the dish and talking us through each stage whilst his assistant chef ran around all the tables helping us out whenever anyone got a little stuck. The dish we created was easy to make but looked incredibly “chef-ey” and tasted amazing, even if we did say so ourselves!

I had a wonderful day at Eat, Drink, Discover Scotland. I can see this show going from strength-to-strength with more and more fabulous producers showcasing their award-winning wares each year. It certainly has the potential to become the pinnacle of the Scottish foodie calendar. I would highly recommend it to anyone living in Scotland as a great way to connect with our local regional food; and to anyone from outside Scotland as a wonderful event to experience the delights of the diverse Scottish larder in one day!

P.S. Vohn was given a complimentary ticket to EDDS2014 but was not asked to, nor required to, write any review or blog post.