Mint Chimichurri – from failure to success

Have you been watching the Football World Cup? I haven’t seen a match yet but have a fair idea of how most matches have gone just from listening to Mr Vohn’s guttural exclamations! The oohs, the aahs, the shoutings of “Come ON ref” coming from Mr Vohn’s direction.

Today was a prime example. Without having watched the match earlier today I know that Switzerland played well, Argentina were a shadow of their usual selves but somehow luckily managed to scrape a win… in the dying minutes of extra time.

That is also how this recipe for Mint Chimichurri performed too! It sounded good on paper, it didn’t turn out very well but it was saved… in the dying minutes before the meal was served! 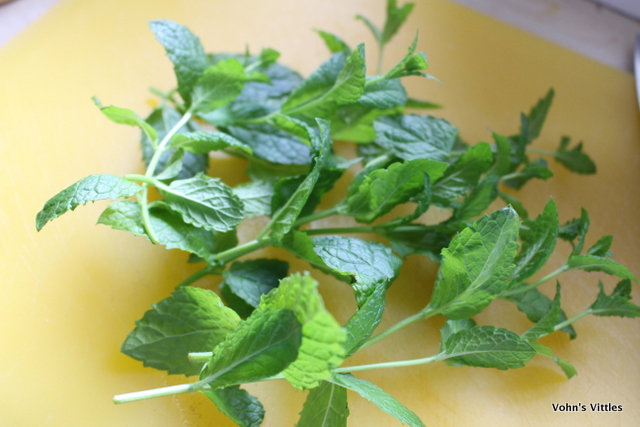 Chimichurri is an Argentinian green sauce made with parsley and served with roasted meat. As I was making roast lamb, I liked the sound of this version made with mint instead.

Perhaps there should have been warning bells in my head that the recipe I was using was in a Brazilian recipe book? However the book told me that Chimichurri is now popular all over South America, so all seemed well.  I did adapt the recipe – my main adaptation was to reduce the amount of white wine vinegar as it seemed excessive. The end result was still really vinegary though!

Here is how it looked – disappointingly not a vibrant green! 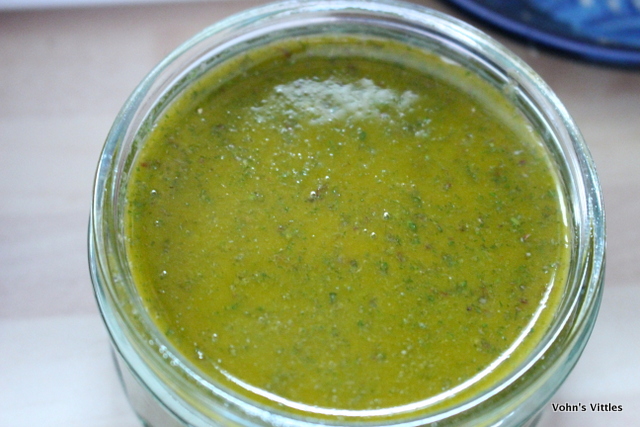 More of a murky brown-green and quite vinegary. Having now read lots of recipes for Chimichurri, I think parsley is required to keep the vibrancy, so this recipe went wrong in using all mint instead of a mix of mint and parley.

I almost threw it out but I do so hate food waste, so stood and pondered a while what to do with it. The Brazilian garlic roasted-lamb we were supposed to be having it with was all ready to carve but I had no sauce or gravy to serve with it.

Gravy! That’s it. I took the juices from the roasting tin, strained off the fat, reduced it down a little and added the mint chimichurri. Now to taste – was it still a big failure?
NO – SUCCESS! Oh my! It was heavenly! This will now be my go-to recipe for making a rich minty lamb gravy to serve with roasted lamb! It was so good, I forgot to even take a photo of it!

1) Blitz the mint, garlic and white wine vinegar in a food processor. With motor still running, slowly pour in the oil.
2) Reduce the lamb stock by simmering for about 5 minutes. Pour in the chimichurri. Stir and season to taste. Serve with roast lamb.