Something you may not know about me by now is that I’m a bit of a science geek.  All through school I always chose the science option if given a choice and I was the only girl in my two years of GSCE graph comms classes.  So you can imagine how much I adore great science fiction and most especially Dr Who!

I have been an avid Whovian all my life and can still remember being amazed, aged about eight, to hear that my teenage cousins hid behind the sofa when it was on. Not me – I loved the science, the space, the scares and the thrills!  My Mr Vohn is an even crazier Whovian than me & has multiple models, card sets, lego sets and dear knows what else.  From where I am sitting typing this in our lounge, without even trying, I can spot two tardises (tardi?), two daleks, one Davros, an army of weeping angels and a lego Doctor Who Silent Time machine!

So, why am I telling you all this?  Well, the first ever episode of Doctor Who was broadcast by the BBC on Saturday 23rd November 1963, which makes this Saturday, 23rd November 2013, the 50th anniversary!  It is the longest running and most successful science-fiction series in the world.  There is going to be a special episode this Saturday, scheduled to be broadcast at 7.50pm GMT, in a simultaneous broadcast over much of planet Earth!  It is rumoured that all eleven doctors will put in an appearance.

There is, of course, only one Doctor but he has had eleven incarnations over the years as previous bodies die and he regenerates with a new body.  Each doctor, although the same man, finds himself with a different part of his personality dominating him – and his dress sense.  Each doctor dresses in a way which makes him instantly identifiable.  So, in case you’re not from planet Earth and don’t know what the heck I’m talking about, here’s is a little introduction to the eleven doctors and my biscuity dress props to go with them… 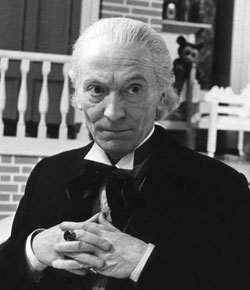 The first doctor was usually to be seen wearing a navy blue cravat, not that viewers knew at the time that it was blue since television was still in black & white! 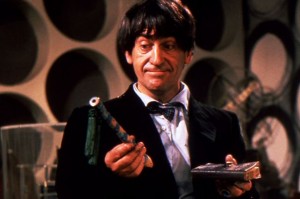 The second doctor was usually to be seen wearing a lopsided spotted bow tie! 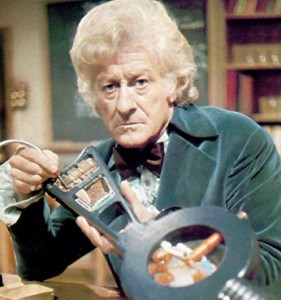 The third doctor was seen in a variety of outfits, with velvet suits and maroon bow ties featuring often. 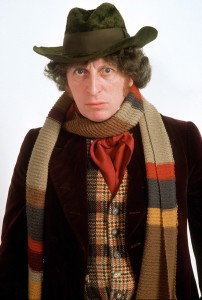 The fourth doctor was usually to be seen wearing his suede hat.
He is probably most recognised by his long stripy scarf but that will feature in a blog post later this week.  (spoilers!) 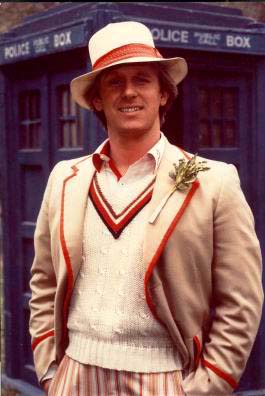 The fifth doctor didn’t like ties but did continue with hat wearing – a light summer one this time to match his cricket jumper.  Gotta love his celery buttonhole too!

The sixth doctor was the most zanily dressed of them all, with his muti-patterned suit and spotted bows. 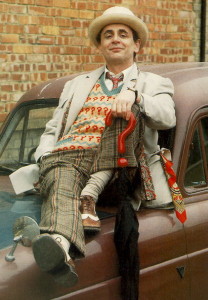 Appalled by the zany outfits of his predecessor, the seventh doctor was much more understated but he did have some great accessories, including his fabulous question-mark umbrella.  Dr Who???? 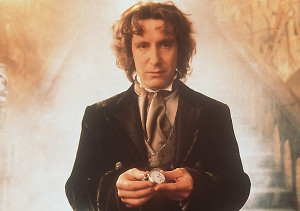 The eighth doctor’s dress-sense was quite Victorian, and saw him return to the cravat. 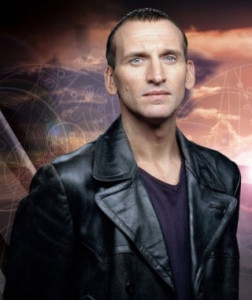 The ninth doctor played it cool in dark t-shirt and leather jacket.  Cool this outfit may be but it is too dull to warrant a biscuit!  The 9th doctor does wear something better than any other doctor though –  this will appear in a special blog post later in the week (spoilers!) 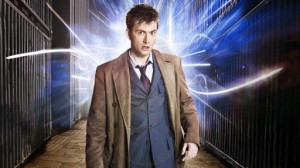 The tenth doctor looks very smart in his pinstripe suit and brown trench coat but keeps it cool with his Connies. 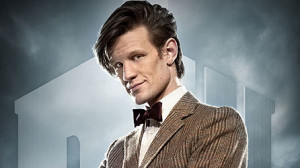 The eleventh doctor loves his bow tie.  You might even say he’s obsessive about it, despite his companions begging him to ditch it!

Oh yeah, and sometimes the fez!

By the way, if you fancy making these biscuits yourself, here’s the recipe I used…

1) Sieve together flour, baking powder & salt.  Set aside.
2) Cream together sugar and butter until light and fluffy.
3) Mix in the egg and flavour extracts.
4) Add the sieved flour mix, one tablespoonful at a time.  Mix until just incorporated.
5) Scrape down sides of bowl & mix again until mixture sticks together.
6) Wrap in plastic & store in fridge for at least an hour.
7) Preheat oven to very moderate (170ºC, 325°F, Gas Mark 3).
8) Roll & cut the biscuits & place on baking sheet.  Leave at least 1cm space around the biscuits as they will spread slightly when cooking.
9) Place whole sheet in freezer for 10 minutes.
10) Bake for 8 minutes at 170ºC, turn the tray & cook for another two minutes.  Don’t worry if they are not crisp – this happens as they cool.  You are just looking for a nice even golden colour.
11) Remove from oven, leave to cool on tray for 5 minutes, then transfer to wire rack.  When completely cold decorate with royal icing.

I hope you liked my biscuity-trip through time with the Doctors.    Watch this space all week for more Doctor Who ideas in the run-up to the big special on Saturday night.

P.S. If you liked this, here are the links to my entire series in homage to Doctor Who…

P.P.S.  I am entering my Doctor Who biscuits into The Biscuit Barrel challenge run by Laura over at I’d Much Rather Bake Than….  Her theme this month is “festive and party“.  These may not be very festive biscuits but they are ideal for your Doctor Who party! 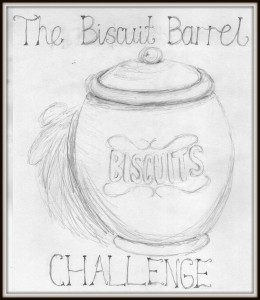